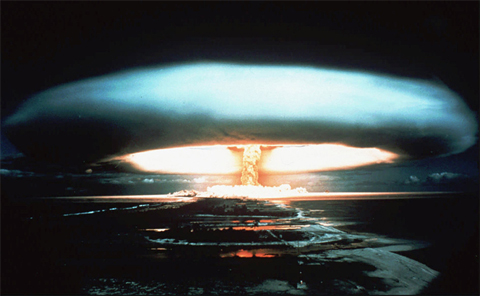 By John LaForge
Reprinted from the Winter 2006 – 2007 Nukewatch Quarterly

The number of Minuteman missiles has been cut in half since 1988, when Nukewatch published Nuclear Heartland, our groundbreaking atlas of the missiles’ locations.

At the time, the Air Force was operating six giant missile fields: two in North Dakota, and one each in Missouri, South Dakota, Montana and Wyoming/Colorado/Nebraska.

Three of these missile fields have now been decommissioned and eliminated: Missouri, South Dakota and Grand Forks, ND. Interestingly, these three areas were the most active with political and nonviolent direct action protesting nuclear weapons and the suicidal nuclear war policies that persist to this day.

In South Dakota, adjacent to the Ellsworth Air Force Base, horse rancher Marv Kammerer kept a permanent vigil against nuclear madness. Marv’s ranch was a hub of Black Hills anti-nuclear activism during the ‘80s. He placed a giant peace sign made of painted stones on his land at one end of the air force runway so the bomber pilots wouldn’t ever miss it.

In Grand Forks, North Dakota, the Bemidji, Minnesota Friends for a Nonviolent World organized annual Martin Luther King birthday protests (beginning before it was a holiday), as well as Hiroshima and Nagasaki Day actions, and a 150-mile Walk for Peace from Bemidji to the Grand Forks Air Force base ¯ a walk conducted six years in a row.

In Wyoming, 50 giant MX missiles, with up to ten warheads on each rocket, have all been withdrawn from the western side of the field which is still maintained by the F.E. Warren Air Force Base “missileers.”

The missiles still in operation — with a total of 500 Minuteman intercontinental ballistic missiles (ICBM) still on “alert” status — are at Minot, North Dakota; Great Falls, Montana; and at the shared border area of Wyoming/Colorado/Nebraska. (See maps above)

Of the 10,000 warheads still deployed and stored in the U.S. nuclear arsenal, 2,346, about 24 percent, are now on 14 Trident submarines. Eight Tridents are on the East Coast at Kings Bay, Georgia, and six are on the West Coast at Bangor, Washington.

The U.S. is alone in placing its nuclear weapons in other countries; between 400 and 480 U.S. warheads are deployed at U.S. bases in England, Holland, Germany, Italy, Belgium and Turkey. 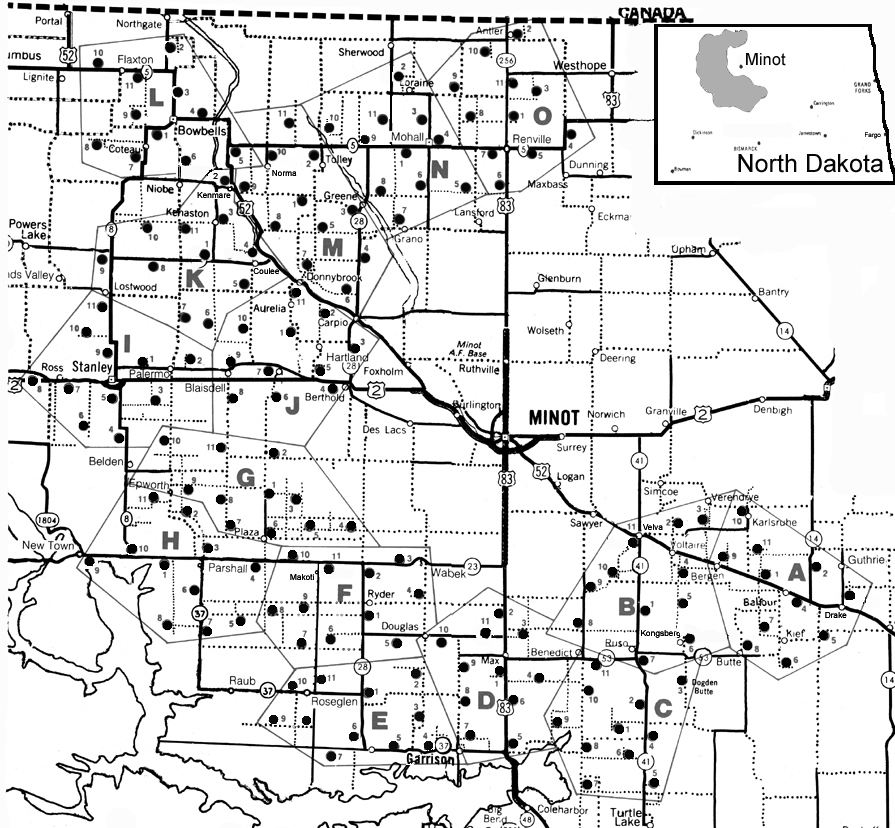 Each dot in the maps above and below pinpoints the location of one Minuteman missile. Nukewatch spent three years — 1985 through 1988 — locating the landbased missile silos of the United States. Above are the 150 Intercontinental Ballistic Missiles located in North Dakota. 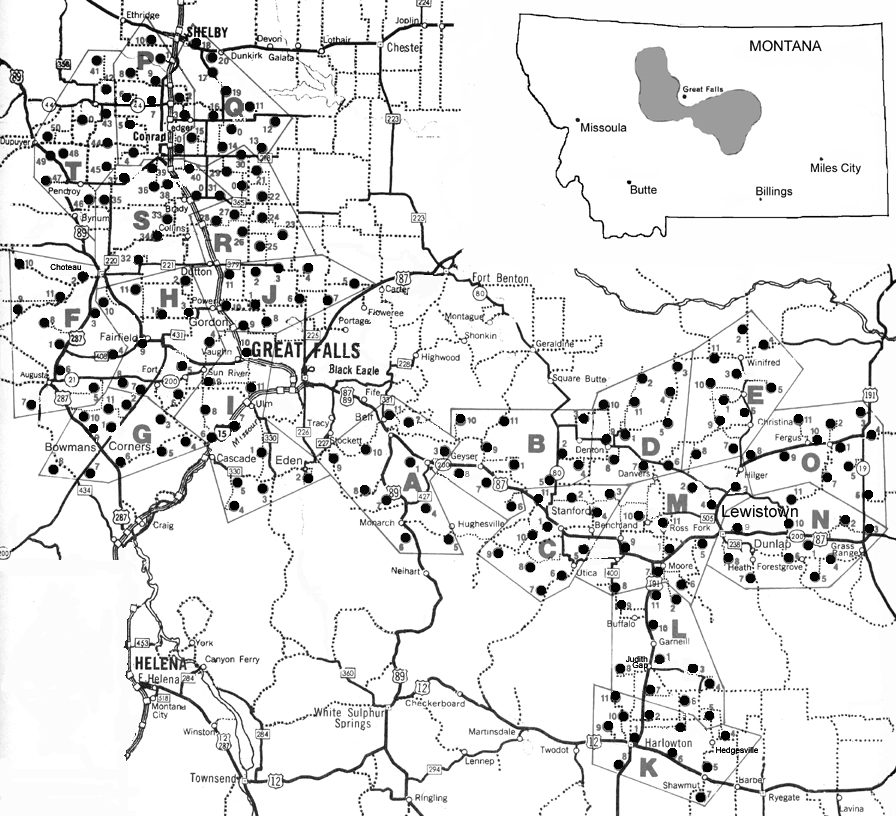 The 200 ICBMs located in Montana (above) 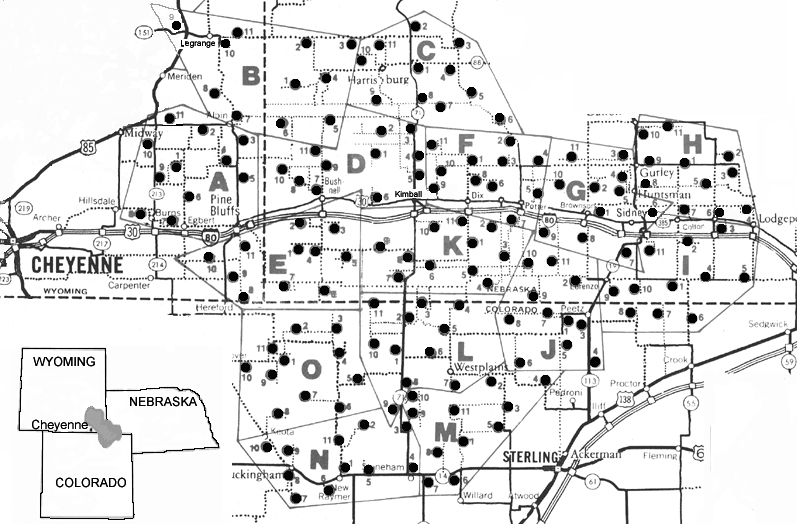 The 150 ICBMs located in the field covering the corners of Wyoming, Nebraska and Colorado