Editor’s note: We are sharing this column because the writer so deftly skewers the absurdities of the official opposition to the new Treaty.

EDMONTON, Alberta, Canada — With NATO breathing down its neck, the Government of Canada has clammed up on what it will say about the Treaty on the Prohibition of Nuclear Weapons, which entered into force January 22. The Treaty, endorsed by 122 nations in 2017, is a breakthrough because it bans the possession of nuclear weapons for those states adhering to it. UN Secretary-General Antonio Guterres hailed the treaty as “historic,” adding that it will “form an important component of the nuclear disarmament and nonproliferation regime” and set a new global norm against nuclear weapons.

But NATO Secretary-General Jens Stoltenberg says the Prohibition Treaty “would undermine the security of our alliance,” and NATO has stiffened its opposition. I asked Global Affairs Canada how the opposite positions of the UN and NATO heads could be reconciled. I thought it was a reasonable question to put, since, on Oct. 26, 2020, the government said: “We acknowledge the widespread frustration with the pace of [NPT] efforts toward nuclear disarmament, which clearly motivated the negotiation of the [Prohibition Treaty].”

The government went coy and, in its answer, referred me to the “pragmatic approach” of the Non-Proliferation Treaty “that takes into consideration the security considerations of all states.” In other words: silence on the Prohibition Treaty. The government doesn’t want to talk about it. Why?

The reason is easy to discern. When the Canadian statement recognizing the reason for the Prohibition Treaty reached NATO headquarters, it added to the “soft tones” now coloring the response to the treaty in some NATO countries. A study reported by the Carnegie Endowment for International Peace showed that, in several NATO states, significant numbers of citizens and civil society organizations and their political representatives strongly support the treaty. In Belgium, 77 percent of the population is in favour of that country signing it. Fifty-six former high officials of NATO countries, including two former NATO secretaries-general, signed an open letter supporting the treaty.

With support building up, NATO struck back and, in December, the North Atlantic Council issued a withering denunciation of the [new] treaty on the grounds that the 1970 Non-Proliferation Treaty “remains the only credible path to nuclear disarmament.” NATO doubled down in its objection, saying it would “reject any attempt to delegitimize nuclear deterrence.”

Thus, NATO is intimidating countries like Canada, which had begun a move towards at least acknowledging the reasons for the Prohibition Treaty. It needs to be remembered that three NATO states (the US, the UK and France) possess nuclear weapons, five others host US nuclear weapons on their soil, and all NATO members subscribe to NATO policy that nuclear weapons are the “supreme guarantee” of security.

These states, including Canada, cling to the Non-Proliferation Treaty even though its major demand, comprehensive negotiation toward the elimination of nuclear weapons, has been ignored for 50 years.

Both Foreign Affairs Parliamentary Secretary Rob Oliphant and UN Ambassador Bob Rae declined to be interviewed for this column.

The government’s ambivalence has sparked the overnight formation of a coalition of Canadian activists, comprising 90 groups and 100 individuals, pushing the government to hold a parliamentary debate on the Prohibition Treaty, followed up by parliamentary committee hearings. Anton Wagner, leader of the coalition, says: “What brings all these organizations and individuals together is the concern that there is a great democratic deficit in Canada where Parliament and our political leaders refuse to debate the existential threat that nuclear weapons represent to human existence and civilization.” 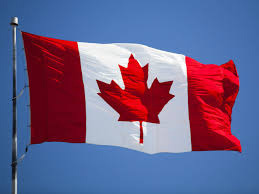 The “democratic deficit” in Canada is shocking. The government is allowing NATO to bamboozle Canadians with its false nuclear deterrence doctrine. The Prohibition Treaty is an act of conscience by distressed governments and civil society leaders, and it deserves a hearing. Instead of ducking, the Canadian government should encourage a broad dialogue on how security can be maintained without nuclear weapons.

It should acknowledge the Prohibition Treaty and work with NATO to bring the organization into conformity with it.

But there will be some parliamentary action, at least. Shortly, Parliamentary Green Party Leader, Elizabeth May, will introduce a petition in the House, calling on Canada to accede to the Prohibition Treaty, and the government will have to respond.

At this tense moment, a new Canadian foreign minister, Marc Garneau, takes stage. I hope this highly praised former astronaut, the first Canadian in space, lives up to the belief he showed when, in opposition, he signed the call by Canadians for a Nuclear Weapons Convention for “all member states of the United Nations — including Canada — to endorse, and begin negotiations for a Nuclear Weapons Convention.”