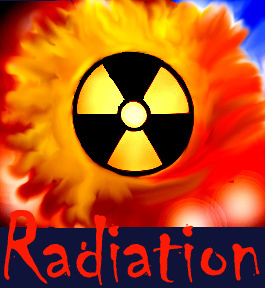 The old canard that “a little radiation exposure is good for you,” peddled by nuclear power advocates and nuclear waste generators, repeatedly needs refuting because the industry relentlessly downplays the dangers of radiation. It recently convinced the Environmental Protection Agency to weaken water pollution law and allow increased levels of radioactive poisons in our water.

Take David Ropeik writing in The Week, on Aug. 6 of all days, under the headline, “Should we really be so afraid of nuclear radiation?” Ropeik says, “The fear of ionizing (nuclear) radiation is deeply ingrained in the public psyche. For reasons partly historical and partly psychological, we simply assume that any exposure to ionizing radiation is dangerous.”

No David, the reasons are scientific and factual. No less than the National Academy of Sciences has concluded that any exposure to ionizing radiation is dangerous. The NAS has found repeatedly that there is no such thing as harmless radiation exposure, no “threshold” dose below which the exposure is safe.

No one need “simply assume” this. It’s a point of fact, made clear in the most comprehensive government studies of the dangers of radiation exposure, the National Academy’s seven BEIR reports (Biological Effects of Ionizing Radiation). Its most recent book-length study, “Health Risks from Exposure to Low Levels of Ionizing Radiation: BEIR VII,” was issued June 29, 2006. Consequently, every federal agency that regulates ionizing radiation warns that any exposure to radiation, no matter how small, increases one’s risk of cancer.

Based on BEIR’s repeated declarations that there is no exposure so low as to be harmless, the US Environmental Protection Agency says for example, “There is no firm basis for setting a ‘safe’ level of exposure above background ….” and, “Based on current scientific evidence, any exposure to radiation can be harmful (or can increase the risk of cancer). ….no radiation exposure is completely risk free.” The National Council on Radiation Protection says, “[E]very increment of radiation exposure produces an incremental increase in the risk of cancer.” The US Nuclear Regulatory Commission says, “[T]he radiation protection community conservatively assumes that any amount of radiation may pose some risk for causing cancer and hereditary effect, … any increase in dose, no matter how small, results in an incremental increase in risk.”

But nuclear power promoters like those at the University of Wisconsin, Madison’s engineering department, particularly retired professors Michael Corradini and Max Carbon (his real name), still peddle the officially debunked “hormesis” theory: that low-dose exposures act like inoculations and help people build immunity to the damage done by radiation’s effects on cells. The conjecture is even applied to fetuses, infants, children, girls and women, all of whom were reported in the BIER-VII to be far more vulnerable to radiation’s harmful effects than the rest of the population.

Dr. Carbon and Dr. Corradini have no background in health physics or medicine, and taught nuclear reactor engineering. Like business page columnists or nuclear industry investors, they know that the strengthening of radiation protection standards and strictly enforcing current anti-pollution laws will cost the nuclear industry hundreds of millions, if not billions of dollars. So for decades these vested interests have worked to weaken the regulations using the nonsense that a little radiation exposure won’t hurt you, and may even help.

“The possibility that low doses of radiation may have beneficial effects (a phenomenon often referred to as ‘hormesis’) has been the subject of considerable debate. Evidence for hormetic effects was reviewed, with emphasis on material published since the 1990 BEIR-V study on the health effects of exposure to low levels of ionizing radiation. … [T]he preponderance of available experimental information does not support the contention that low levels of ionizing radiation have a beneficial effect.” [Emphasis added]

The late Herbert L. Abrams was chairman of radiology at Harvard Medical School and a member of the National Academy’s committee that produced BIER VII. He said when it was published, “There appears to be no threshold below which exposure can be viewed as harmless.” So when deciding about radiation, choose your experts wisely. Do you want health advice from medical doctors or reactor engineers?