WASHINGTON, DC — On Nov. 19, a federal appeals court gave nuclear reactor operators a small fortune, ruling that the Energy Department (DOE) must stop collecting $750 million per year from them for the radioactive waste landfill fund. The decision was based on the DOE’s failure to find an alternative 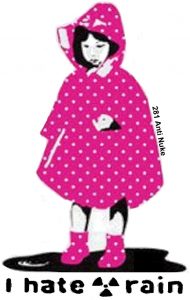 to the failed Yucca Mountain project in Nevada. The DOE must now reduce the assessment to zero, until it either complies with the Nuclear Waste Policy Act — which established Yucca Mountain as the national nuclear waste disposal site — or until Congress enacts an alternate plan. The fund has collected over $29 billion since it was established in 1983. Exelon Corp., which contributed $168 million into the fund in 2012, stands to benefit most from the dodge of responsibility. Other major beneficiaries include Entergy Corp., Duke Energy and Southern Company. Currently, 70,000 metric tons of radioactive waste are held in temporary storage at reactor sites across the country.