Less than a year after Environmental Protection Agency Administrator Michael Regan declared his wish for the EPA to operate “in a ‘fishbowl’ once again,” the agency has decided to close or “sunset” its online archive. The archive hosts digital records of EPA resources, policy changes, regulatory actions, enforcement, and compliance dating back to the 1990s, and it is a vital resource for communities, activist groups, researchers, historians, and citizens.

Although far from perfect, the archive contains reports on thousands of sites within the United States, and it is a rich source of data that individuals can use to better understand the government’s response to a myriad of environmental issues. The closure of this archive signals the abandonment of transparency and the expressed values of administrator Regan.

Activists and environmental organizations have condemned the decision. In a June 13 open letter to the EPA from the Environmental Governance and Data Initiative, the EGDI wrote, “Overall, the lack of transparency in the decision to sunset the EPA’s archive is at odds with the EPA’s commitment to openness.” And, the group added, the closure leaves both the public and federal government “dependent upon third-party non-governmental organizations” to maintain records, groups that are not bound by “federal data integrity and provenance policies.” The EGDI letter is co-signed by 20 other organizations, including the Union of Concerned Scientists, the Internet Archive, and the Sierra Club.

While public pressure caused the EPA to delay archive closure for a year, until July 2023, it is still unclear exactly why the EPA wants to shutter its archive instead of making it more accessible and user-friendly. In an email statement to The Verge, the EPA claims that the site’s infrastructure is outdated and that it is no longer “cost-effective.” The agency also said that the public could still access archive material through Freedom of Information Act requests and that most EPA documents will be reviewed on a case-by-case basis for submission to the National Archives and Records Administration. However, these claims are widely criticized, as both means of accessing EPA materials can be time-consuming, confusing, and costly.

The EPA archives have already proven to be essential in places like Camp Lejeune, North Carolina where residents used the online repository to better understand the government’s response to the military’s contamination of surrounding land and water, as well as their own exposure to toxic chemicals. In an era in which the Supreme Court is hampering the government’s ability to regulate pollution and toxic exposure, the archives are also a vital source of information about threatened federal programs. Despite problems with the current archive, it is clear that its closure will result in greater barriers to access, especially, as the American Society for Environmental History notes, among “more marginalized and environmental justice communities.” 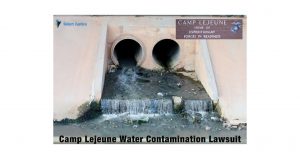 While the delay of the archive’s closure was a short-term victory for environmental groups, the EPA has not publicized next steps for the archive. The Internet Archive and other sites like the Policy Commons are continuing to save tens of thousands of documents from the EPA website. Yet both systems have downsides and are not replacements for free and easily-accessible documents through government agencies. As Gretchen Gehrke, co-founder of EGDI, wrote on March 19, “EPA’s archive could become a model of web governance that fosters democratic oversight. Shuttering the archive is moving backwards and is a disservice to the public.”

As we move into an age of greater threats to environmental governance, the EPA should keep the archive open, improve its functionality, and maintain its commitment to transparency and democratic engagement.

— Elena Hight is a writer, educator, activist, and PhD candidate in sociology based in Oklahoma City.