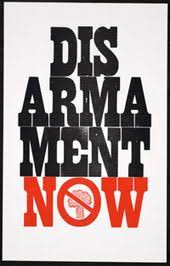 In a diplomatic break with its US and NATO colleagues, Germany’s Foreign Office on Feb. 4th issued a scathing critique of the Trump Administration’s Nuclear Posture Review one day after it was released. Foreign Minister Sigmar Gabriel said in a prepared statement: “The US Administration’s decision to develop new tactical nuclear weapons shows that the spiral of a new nuclear arms race has already been set in motion. As at the time of the Cold War, we in Europe are particularly at risk. For this reason, we in Europe in particular must launch new arms control and disarmament initiatives. …

“The mutually accelerating development of new nuclear weapons must be viewed with concern, as it sends the wrong message…. However, the solution must not be to simply join the nuclear arms race.

“The current arms control treaties must therefore be upheld as a matter of urgency. We need new disarmament initiatives rather than new arms systems.”

Last Aug. 22, Martin Schulz, during his unsuccessful campaign as the Social Democrat candidate for Chancellor, called for the ouster of US weapons. Worldwide media reported that, “German rival of Chancellor [Angela] Merkel vows to remove US nuclear weapons from the country.” The Los Angeles Times noted that Schulz said at a campaign rally, “As chancellor, I’d push for the ejection of nuclear weapons stored in Germany.”

Then Aug. 29, Foreign Minister Gabriel, shocked a Washington, DC press conference with US Secretary of State Rex Tillerson by endorsing Schulz’s call for ridding Germany of US bombs. Gabriel bluntly said, “I agree with Mr. Schulz’s point that we need to get rid of the nuclear weapons that are in our country.”