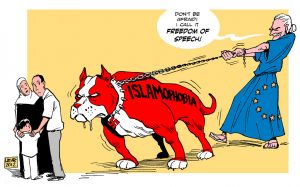 Note: This address was delivered Nov. 11, 2018 at Milwaukee City Hall as part of a Veterans for Peace event honoring the end of World War I and reclaiming the original meaning of Armistice Day.

Armistice Day, now known as Veteran’s Day, is commemorated every year on November 11th. This marks the Armistice signed between the Allies of World War I and Germany. Signed in France for the cessation of hostilities on the Western Front, it took effect at eleven in the morning—the “eleventh hour of the eleventh day of the eleventh month” of 1918, one hundred years ago.

History has written extensively about, and celebrated the sacrifices and heroism of European soldiers in songs, poems, novels, books and even award winning films. Others have mourned the lost promise of the masses of European youth sent to their premature graves, snuffing out the lives of potential husbands and fathers, poets and artists, scientists and engineers and everyone in between.

What has been ignored and not written about are the sacrifices of soldiers from faraway lands, young men that had nothing to do with Europe’s bitter traditional hatreds but were sent to war by their colonialist rulers or by deceitful promises of power and control. Over 1.3 million pre-partition Indian soldiers fought for Britain in WWI alone, over 400,000 were Muslim, this is a fact almost never mentioned, and according to recent polls, only 2% of the British even know about this. Khudadad Khan was the first Indian soldier to be honored with the Victoria Cross. He was a Muslim. This is the highest British military award for gallantry. He was instrumental in preventing German troops from taking ports in France and Belgium. Many of the Hindu, Sikh, and Muslim soldiers were used as cannon fodder; they were sent to the front lines as the British finished training their troops. Many died early in the war from cold and pneumonia, because they were sent to fight in their tropical cotton clothes, their winter overcoats arriving weeks later. When injured, they received minimal care for fear these brown subjects might develop relations with the white nurses and bring forth an inferior race.  Indian and Muslim Troops that were recuperating were kept in locked camps under armed guards.

Hundreds of thousands of soldiers from the Middle East and North Africa with no stake in the war were conscripted after British agents like T.E. Lawrence worked for decades to sow discord and rile Arab tribal leaders against the Ottoman Empire, promising independence and power.

Interestingly, long before the Geneva Convention, Muslim soldiers insisted on the humane treatment of the captured enemy. These soldiers often referred to the Qur’an and hadith (the traditions of Prophet Muhammad), demanding that German prisoners of war be dealt with dignity and not forced to beg for their food. Other sources depict care for the injured enemy and are corroborated by the testimonies of surprised French, Belgian, and Canadian officers writing home.  Many of these stories have been uncovered in the more than half a million documents that have surfaced as researchers worked to retrieve this history.

When the war ended and Britain was victorious, India was rewarded with broken promises of Indian independence from the British government. So, instead of self-government for India, the British imposed the repressive Rowlatt Act, which gave the colonialist representatives unbelievable powers to prevent “sedition” against the British Empire by controlling the press, imprisoning political activists, and hunting down anyone they imagined may be capable of treason against the Empire. Any and all protests were dealt with in very brutal fashion.

At the same time, Britain and France made a secret agreement as to which parts of the Ottoman Empire each country would control. Under the Sykes-Picot Agreement, the British and French split the Muslim land north of the Arabian Peninsula (Al-Sham) and Southern Turkey amongst themselves, setting arbitrary boundaries for countries and installing puppet leaders. The repercussions of these disastrous decisions continue to plague the region. Later, Italy and Russia were also included in the deal.

Hundreds of thousands of Muslims died protecting Britain and France, the same countries that then imposed brutal colonialist rule and ravaged the resources of those under their control.

While the bullets on the battlefield did not discriminate between Muslims, Sikhs, Hindus, Christians and subjugate Indians, Middle Easterners and North Africans as well as others.

Why is this important to bring up?  As Islamophobia runs rampant in Europe and the United States, it is important to have an honest historical record and highlight the critical but forgotten role that black and brown people played in protecting Europe, and the fact that Armistice Day is for them as well.

As we reflect today on the enormous cost of war, we need to also reflect on our country’s history of xenophobia. Although we are a nation of immigrants, dislike of people from other countries and feelings of superiority has a long tradition in our country.

While it is tempting to blame Trump for the xenophobic and Islamophobic fervor that has gripped our nation, the truth is that America’s nativist streak goes back to the early days of our nation’s history. Issues like the Muslim ban or building a wall on our southern border, or threats to deport millions [are] unfortunately not an aberration, it is actually a historical pattern. White supremacists and nativists were obsessed with keeping out “undesirables,” even if they happened to be from the original nations, the native Indians.

The settlers who endorsed Manifest Destiny believed in the superiority of white Europeans over people of color, this included the Indian Nations, Mexicans, blacks and the Chinese. Ethnic mixing, known as “race mixing” was a huge concern at the time, as it was believed to lead to an inferior breed.

Slavery, which was pure racism, was also based on fraudulent science, the idea of inferior peoples that could be used as the superior European race saw fit. Cherry picked Christian Bible verses to cloak slavery in religious terms came in handy, especially the command that a slave obey “their earthly master.”

In 1882, Congress passed the Chinese Exclusion Act, which was the first major immigration law that restricted a specific ethnic group. The Act remained in place for 61 years until President Roosevelt repealed it. The exclusion of Chinese after they had built our railroad system was a result of hyped up hysteria and a national phobia known as the “yellow peril”—the idea that the Chinese were polluting our culture and taking away American jobs. Sound familiar? Any Chinese caught trying to enter the country would face ten years of prison. The widespread bigotry, especially in the western coastal states lead to many Chinese being beaten, robbed, murdered, and even lynched with impunity. Many laws specifically targeting them were instituted. The Chinese dealt with their own Jim Crow America but few ever mention it.

During the turn of the century, the “Know Nothings,” a national political party decried the “hordes” of “morally and racially inferior” German and Irish Catholic immigrants, who pledged allegiance to a “heathen leader” and treated women in an abhorrent manner. They were threatening the livelihoods and liberties of native-born Protestants.

Nativists feared Japanese immigration in the same way they feared the Chinese. Japanese were only allowed menial jobs and most western states passed legislation that forbid marriage between Caucasians and Asiatics. Here we find eugenics coming into play again, a fear of polluting the white race.

Then in Feb. 19, 1942, an executive order was issued by President Roosevelt that marks one of the most shameful times in American history. Japanese Americans were rounded up and put into internment camps. The vast majority were US citizens. These were neighbors, colleagues and classmates, all were suddenly seen as the enemy after Japan’s attack on Pearl Harbor. Some 130,000 Japanese Americans were incarcerated. History did finally recognize that this was an act of pure racism and had no military or strategic purpose at all.

In 1917, Congress began imposing a literacy test on immigrants, which lead to passing of the Immigration Act. It barred people from entering the country if they were unable to read, were “feeble-minded persons,” “idiots,” “epileptics,” “anarchists,” and all immigrants from Asia.

Then in 1921 and 1924, Congress passed an Emergency Quota Act and the Johnson-Reed Act to limit the flow of immigrants into the country. The Johnson-Reed Act was defined as necessary “to preserve the ideal of American homogeneity.” It was especially targeting Italians and Eastern European Jews who were escaping pogroms. This law effectively prevented many Jews fleeing the Holocaust from entering the United States.

As we hear calls to deport immigrants, let’s not forget the Mexican Repatriation, between 1929-1936 when the government deported an estimated 1- million Mexican and Mexican-American people. 60 percent were US citizens.

As we look at the current period of Islamophobia and fear mongering, the parallels with our short history as a nation are very clear.

We have an administration that has dehumanized and criminalized the category of “refugee,” they have been stereotyped as potential terrorists, thereby shutting the doors to desperate Syrians and others trying to save their families from brutal war. Mexicans and undocumented immigrants from El Salvador, Guatemala and Honduras are labeled as criminals and rapists.  Africans are regarded as coming from “…hole countries.” This is ignoring the fact that the vast majority of terrorist acts and mass shootings in this country are committed by white men. We had two horrific mass shootings in the past two weeks, and the way to know it is a white male, you just have to listen to the media, it’s a “gunman,” not terrorist. Immediately, there is a question of his mental health, not his religion or country of origin.

Let’s not forget though that it was previous administrations that fanned the flames of Islamophobia and lead us into numerous wars. You have to create a bogeyman to justify war to the masses, no one wants to go and kill people that seem decent, have families, and share much in common with us. When the masses don’t take the initiative to learn the truth and they allow politicians to create a picture for them, we end up with the immoral war in Iraq, have we tallied the unnecessary loss of life on both sides, including our soldiers? All based on a lie, Iraq didn’t have weapons of mass destruction. Will we sit idly by as our government supports and arms morally bankrupt leaders like Salman of Saudi Arabia in the manmade starvation of 14 million people in Yemen. Are we going to watch as our government imposes sanctions that will lead to the deaths of hundreds of thousands of innocent Iranian children as we did in Iraq. Are we going to allow our government to continue blindly arming and supporting Israel in their ethnic cleansing of Palestinians?

—Janan Najeeb is the President of the Milwaukee Muslim Women’s Coalition.