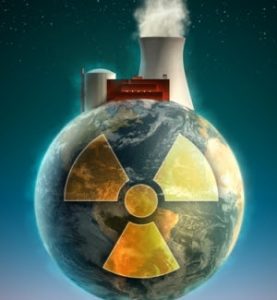 An official review by the International Atomic Energy Agency (IAEA) of Japan’s efforts to manage nearly 1,000 million gallons of radioactive wastewater at Fukushima says that a team of its experts “welcomed progress” made by Japan on choosing how to dispose of 1.37 million cubic meters of radioactive wastewater left from cooling the extremely hot mounds of melted uranium fuel cores under the three melted and exploded nuclear reactors.

The IAEA reported on April 2, 2020 that, “Contaminated water from the Fukushima Daiichi Nuclear Power Station is treated through a process known as Advanced Liquid Processing System (ALPS) to remove radionuclides except tritium and then store it on site.”*

The IAEA went as far as to declare that “The ALPS multi-nuclide removal system continues to operate stably and reliably.”

Remarkably, the glowing report on Japan’s efforts ignored the spectacular and widely-reported failure of ALPS to separate deadly radioactive isotopes other than tritium on August 18, 2018.**

Vast quantities of highly radioactive particles were not caught by the ALPS and are now stored in giant tanks on the coastal Fukushima-Daiichi site. This coastline is still subject to regular and potentially severe earthquakes that could see the tanks ruptured and on-site workers and the Pacific Ocean highly contaminated in the event of another quake.

The gross failure of the ALPS is reportedly being addressed by “re-filtering” the highly contaminated wastewater through the same system, but this “do over” by the on-site operators is not mentioned by the IAEA expert panel.

The report notes instead that, “With the volume of ALPS-treated water expected to reach the planned tank capacity of approximately 1.37 million m3 around the summer of 2022, and taking into account that further treatment … would be needed for implementation of any of the solutions considered by the Government of Japan, a decision on the disposition path should be taken urgently engaging all stakeholders.” The panel also said, “The IAEA Review Team also notes that the ALPS-treated water will be further purified as necessary to meet the regulatory standards for discharge before dilution.”

The panel’s “specific advisory point one” is that, “The injected water used to cool the fuel debris mixes with ingressed water and contributes to the generation of contaminated water.”

The phrase “ingressed water” is a veiled reference to the tons of ground water steadily pouring into the wrecked reactor buildings through earthquake-caused cracks in foundations, broken pipes, and smashed ductwork. This groundwater also floods the melted masses of uranium fuel and becomes highly contaminated.

Tepco (operator of the Fukushima reactor), the Japanese government and the IAEA want to dump the vast volume of radioactive wastewater into the ocean.

The Japan Times reported March 25 that the company has drafted a plan to spend 20 to 30 years draining the large tanks into the Pacific.

Any dumping would add the wastewater’s extremely long-lived radioactive materials, to that already poured into the Pacific by the 2011 disaster, and the nine continuous years of the sites releasing between 200 and 400 tons per day of contaminated water.

Radioactive materials littering the ocean and the ocean floor can be consumed by sea life where the isotopes bio-accumulate and bio-concentrate as they climb the food chain and find their way into seafood, pet food and fertilizer.

Several countries on the Pacific Rim still refuse to import fish from the area. Taiwan is demanding a cease to the pollution of the water. Consequently, Japan’s fishing community fiercely opposes any ocean dumping of Tepco’s private wastewater problem.

* “IAEA Follow-up Review of Progress Made on Management of ALPS Treated Water and the Report of the Subcommittee on Handling of ALPS treated water at TEPCO’s Fukushima-Daiichi Nuclear Power Station.”