The mega energy corporations that own and operate US nuclear reactors have been waiting since 2010 for another opportunity, such as the current political moment, to rid themselves of a  million-year liability, over 70,000 tons of high-level radioactive reactor fuel waste. Owners of the 72 reactor sites assume responsibility for their own potential Fukushima-level disaster, terrorist target, or the fuel waste pools filling up (forcing them to shut down), until the US government takes it off their hands.

The nuclear industry is convinced that restarting the licensing process for a permanent waste repository at Yucca Mountain, in Nevada, is the fastest way to be relieved of the waste. In addition, congress and industry are pursuing authorization for the first-ever temporary parking lot dumps, referred to as “consolidated interim storage,” while Yucca Mountain clears a few hundred legal hurdles. The political will to attempt this did not exist until recently, and in June HR 3053 was introduced in Congress.

The same roadblocks that stopped the Yucca repository licensing process in 2010 still exist today, but the industry and the politicians it supports are pressing forward. The indigenous Western Shoshone have always opposed the targeting of Yucca Mountain, which is their land and was never ceded to the United States government. The corporate parking lot dumps target low-income and Latino residents in Texas and New Mexico. 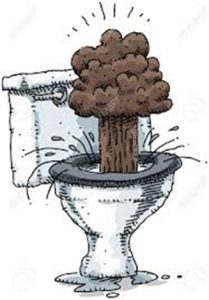 These communities and anti-nuclear groups aren’t the only ones publicly objecting to HR 3053. It has elicited opposition from Air Force Secretary Heather Wilson, a Trump-appointee, who warned about the proximity of proposed waste transport routes to the Air Force’s Nevada Test and Training Range. Prior to becoming Air Force Secretary, Heather Wilson was president of South Dakota School of Mines and pushed for a contract with the Department of Energy to conduct a Deep Field Borehole Test to store radioactive waste in South Dakota. It appears that she knows enough about the dangers of radioactive waste that she doesn’t want it near volatile jet fuels or explosives.

Representative John Shimkus of Illinois, who introduced HR 3053 in June seems to have a different motive for not wanting waste nearby. Illinois has six active nuclear power reactors—all run by Exelon—producing high-level waste. According to OpenSecrets.org, Exelon has contributed $112,000 to his campaign, making the corporation his second biggest contributor. Rep. Shimkus has received another $20,000 since 2010 from the Nuclear Energy Institute, the industry’s top lobbying arm.

As it stands now, the legislation could move ahead in the House. Although it was approved with no funding in a Senate committee, spending discrepancies could be reconciled in a House-Senate Conference Committee. A secret vote by the Nuclear Regulatory Commission disclosed in August, two months after it was taken, approved the use of $110,000 to continue the information-gathering process to study Yucca Mountain. The vote was registered in June before any related legislation had been introduced in Congress. In the rush to relieve the nuclear power giants from their responsibility of taking out their own trash, the industry and its paid-off politicians will press ahead unless regulations or continued popular opposition gets in their way.

For information on how to resist, see: the “Don’t Waste America” campaign of Nuclear Information and Resource Service.