Thirty-four current and former legislators from allied countries that are members of NATO (North Atlantic Treaty Org.) wrote to President Biden November 28 urging him to abandon the U.S. and NATO’s policy of first-use of nuclear weapons. Biden could formally do so in his upcoming “nuclear posture review.” The military NPR is the declassified description of attack plans for the U.S. nuclear arsenal. 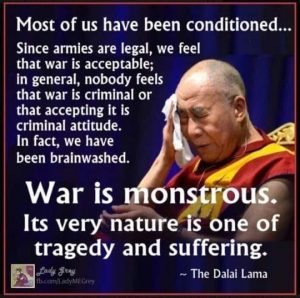 “We do not believe that a first-use option is in the security interests of our countries or in the interests of NATO as a whole,” the letter said, and its signers came from Belgium, Canada, Czech Republic, Denmark, France, Germany, Hungary, Luxembourg, Netherlands, Slovenia, Turkey, and the UK.

Foreshadowing Russia’s February invasion of Ukraine, the letter warned of conflicts and tensions between nuclear-armed countries, of the risks that these conflicts could escalate, and castigated nuclear weapons threats, such as the Pentagon’s and NATO’s ongoing first-use policy, which contributes to international mistrust, uncertainty and alarmism. (See the Spring 2019 Nukewatch Quarterly p.3 for details about NATO first-strike policy.) 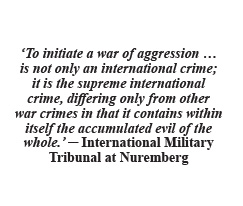 The Europeans were followed two months later by 55 Democrats from the House and the Senate who urged Biden to declare a “no first-use” policy in a letter sent January 26. The lawmakers’ letter called on Biden to use the Nuclear Posture Review to stop the deployment of a new Trident submarine warhead and halt development of a nuclear-armed sea-launched Cruise missile.

Cross-party delegations from European parliaments,  the U.S. Congress, and the Russian parliament repeatedly endorsed the adoption of no-first-use policies in declarations adopted by the Parliamentary Assembly of the Organization for Security and Cooperation in Europe, including the Berlin Declaration July 11, 2018, and the Tbilisi Declaration, July 5, 2016.

Support has also come from more recent appeals like the 2021 ‘Open Letter to Biden and President Putin,’ endorsed by over 1,200 political, military and religious leaders, legislators, academics, scientists, and other representatives of civil society from 69 countries. Over 400 of the endorsers were from NATO states and almost 700 from the United States.