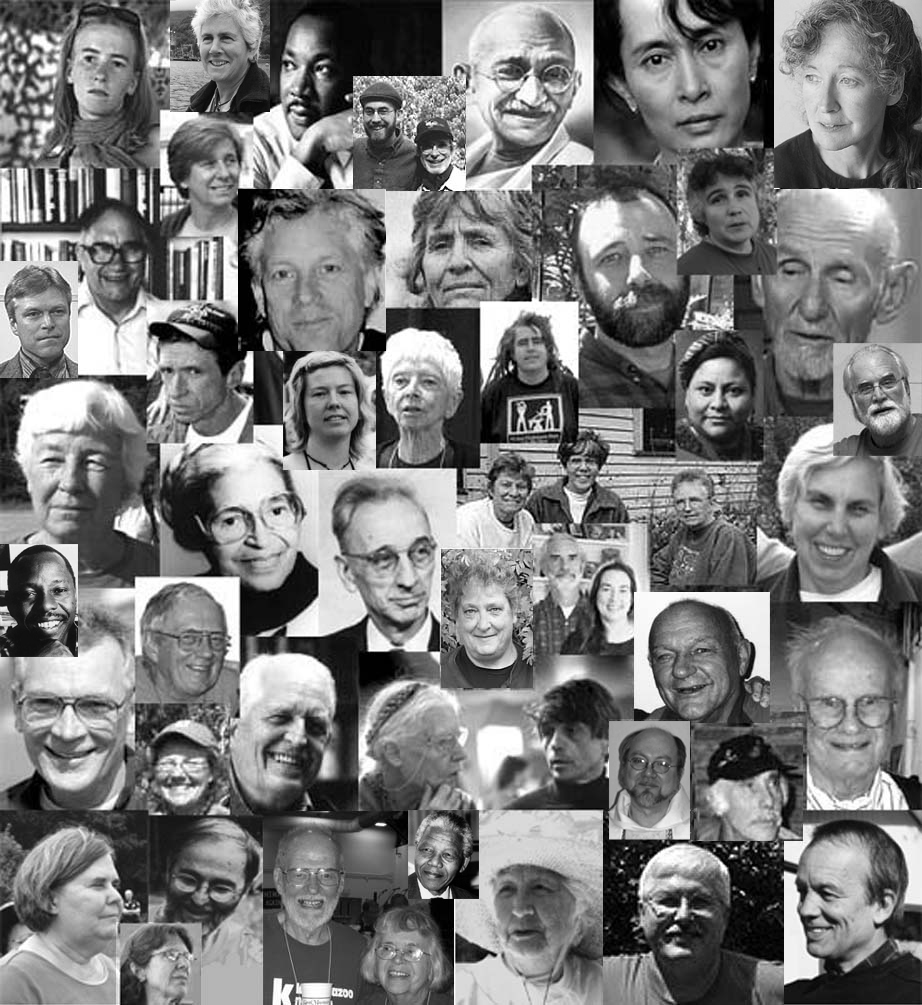 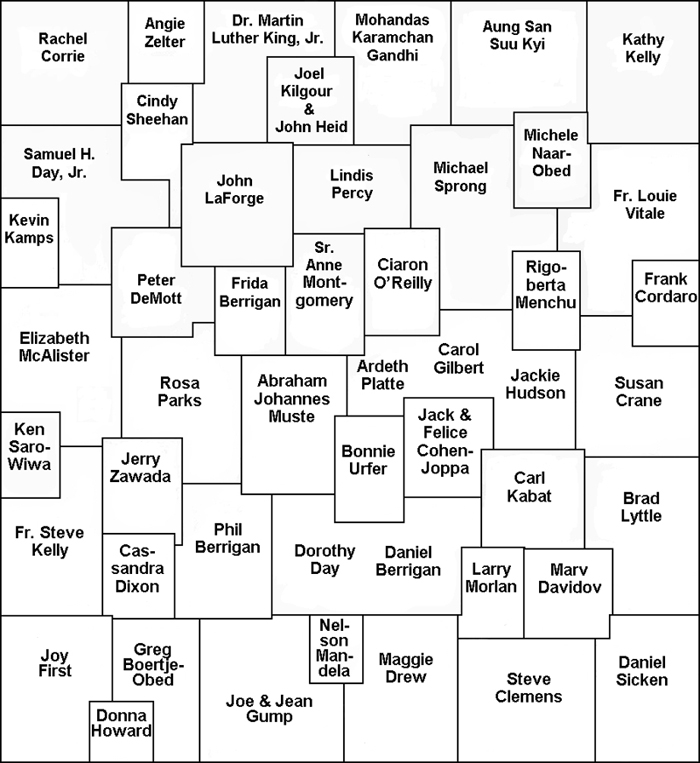 Never do anything against conscience even if the state demands it.
~ Albert Einstein

Nonviolence is the weapon of the strong.
~ Betty Williams

If… the machine of government… is of such a nature that it requires you to be the agent of injustice to another, then, I say, break the law.
~ Henry David Thoreau, On the Duty of Civil Disobediance, 1849

You should never let your fears prevent you from doing what you know is right.
~ Aung San Suu Kyi

Nothing could be worse than the fear that one had given up too soon and left one unexpended effort which might have saved the world.
~ Jane Addams

Since its inception in 1979, Nukewatch has been a vigorous advocate of nonviolent direct action.

Nonviolence for us is both the means we employ in politics and the end we seek in the world. This advocacy and practice is based on personal experience as well as a deep and broad consideration of the state of human relationships, the possibilities for positive social change, the worldwide crises of war, resource depletion and pollution — and the chances for success.

From H-bomb truck watches, to the mapping of land-based missile sites; from sit-in protests against the U.S.-led Contra war on Nicaragua, to line-crossings at Strategic Command; from nuclear power reactors at Kewaunee in Wisconsin to NASA’s plutonium space shots at Cape Canaveral; from the cramped spaces of the old Dane County jail in Madison, to kitchen duty at the Marion Federal Prison Camp in Illinois; Nukewatch employees, volunteers and supporters have embraced nonviolence in word and deed — even as we’ve struggled to rid our thoughts as well of the violence that inundates the social, political, cultural and spiritual life of the United States.

In our work for disarmament and a world free of human exploitation, we agree with the late Philip Berrigan who said “The only people who have really understood what revolution means are those who consider nonviolent revolution possible.”