The newly established Treaty on the Prohibition of Nuclear Weapons (TPNW) finally prohibits the development, testing, possession, and deployment of nuclear weapons among nations that ratify it.

After 70 years of campaigns to “ban the bomb,” “freeze” the arms race, create “nuclear-free zones,” and curb nuclear weapons proliferation — and after dozens of agreements among nuclear-armed states in which the perpetrators granted themselves permission for their ghastly arsenals — the TPNW makes concrete, detailed, and indelible an absolute, globally recognized rejection of what’s been called “the ultimate evil.”

Profoundly, the TPNW goes further and specifically forbids the illogical, civilization-endangering practice of “nuclear deterrence” by explicitly outlawing its terrifying definitional essence — the threat to use nuclear weapons.

In addition, the treaty also explicitly recognizes victims and survivors of the dirty and deadly uses to which nuclear weapons have been put — the human radiation experiments and globe-contaminating testing of, and rehearsals for nuclear attacks — that require specific reparations and compensation measures.

As with other struggles for justice and peace that have lasted multiple generations — the abolition of slavery, torture, the death penalty, child labor — the TPNW’s campaigners call the new law a major breakthrough, but still just “the beginning of the end of nuclear weapons.”

The new Treaty’s compelling language nearly stings the ears, like an ambulance siren or a fire alarm, blaring repudiation of the world’s most despicable and appalling weapons, devices whose horrifying effects differ from the previously banned arms only in that they exceed beyond comprehension the accumulated evil of all the rest. (Respects to Justice Jackson at Nuremberg) 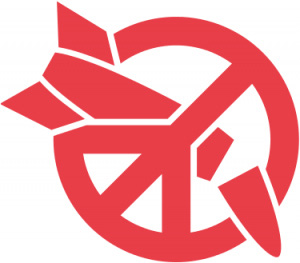 The long-delayed arrival of the TPNW is evidence of the enormous anti-democratic political and financial power and influence that the giant military industries — the only beneficiaries of continuously rebuilding nuclear arsenals — wield over whole nation states. How else to explain the time it’s taken for the community of nations to finally add nuclear weapons to the list?

The scope and power of the TPNW — and even the doddering incoherence of its rejection by nuclear-armed states — are cause for great celebration. The treaty’s detailed, comprehensive articles themselves constitute the best rebuttal of the scofflaws’ reckless endangerment. From the preamble:

“Cognizant that the catastrophic consequences of nuclear weapons cannot be adequately addressed, transcend national borders, pose grave implications for human survival, the environment, socioeconomic development, the global economy, food security and the health of current and future generations, and have a disproportionate impact on women and girls, including as a result of ionizing radiation…”

Still, nuclear-armed states all insist that their plans and threats to commit atomic violence are legal. The US Navy Field Manual says, “There is at present no rule of international law expressly prohibiting States from the use of nuclear weapons in warfare. In the absence of express prohibition, the use of such weapons … is permitted.”

No more. The TPNW rebukes and nullifies this artful dodge and its entry into force is a monumental accomplishment. Forbidding nuclear weapons by name is also a triumph of harrowing urgency, considering the Bulletin of the Atomic Scientists’ “Doomsday Clock” having been set at 100 seconds to midnight.

Countries with nuclear arsenals ignored the UN negotiations that produced the TPNW and they ignore the law. They and over 30 allies were led in a boycott of the talks by then US UN Ambassador Nikki Haley, who said the treaty would end up disarming the nations “trying to keep peace and safety.” While she spoke, the United States was militarily occupying or at war in Afghanistan, Iraq, Syria, Yemen, Somalia, Libya, and Niger. Haley’s fairy tale didn’t fool 122 UN ambassadors that voted to adopt the treaty July 7, 2017, the 86 current Signatory States, or the 54 States Parties that have seen to its ratification.

Our broadcast and defense of the TPNW must now be emboldened and amplified to expand awareness, and the law’s mandate must be fearlessly employed to confront widespread ignorance, denial, and forgetfulness about not just nuclear weapons, but the establishment’s ongoing preparations for nuclear war.