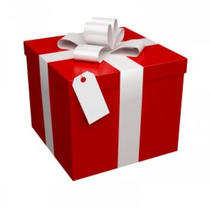 Federal Christmas presents are being lavished on toxic polluters, arms merchants, billionaires, and their Congressional lap dogs, while, as Zappa said, the meek shall inherit nothing.

As if pollution and graft made the country great, the Trump administration, with help from liberal Democrats, has been on a regulation-cancelling rampage, repealing rules on environmental protection, health care, financial services, and even internet accessibility. As of Dec. 15, Mr. Trump’s government-by-industrialists had revoked 67 rules, withdrawn 635 planned regulations, declared 244 rules “inactive,” and “delayed” 700 others.

Here at home, Rep. Rick Nolan, D-Crosby, managed to giftwrap for a foreign mining company the cancellation of an environmental study of mining in the watershed of the Boundary Waters Canoe Area. The US Forest Service had been examining environmental risks of several large mining proposals near the BWCA.

The giant Antofagasta Corporation from Chile wants to dig a massive underground copper mine southeast of Ely near the Kawishiwi River which flows directly into and through the protected boundary waters. If the study had a chance of finding little risk of permanent mine pollution, Nolan and the billionaire Chileans would have allowed it to proceed. But copper mines always wreck surface and groundwater, so mine proponents zeroed out the study, and, voila, its absence makes the plan look clean as hell.

Budget Cuts for the Least of These

Meanwhile, the Republicans’ October budget provides nuclear weapons systems with hundreds of billions, while gouging $1 trillion from Medicaid and nearly $500 billion from Medicare. The government intends to spend about $40 billion every year for nine years on nuclear weapons programs, according to the Congressional Budget Office’s report “Projected Costs of US Nuclear Forces, 2017 to 2026.” Plans put forward by the Pentagon and the Energy Department would cost $400 billion over this period.

These estimates include the projected costs of new weapons that aren’t yet approved. Funds for a new long-range, land-based missile to replace today’s 450 have not been appropriated (and high-ranking military and civilian authorities have publicly attacked the plan saying they should be abolished, not replaced). The Long-range Stand Off missile — a nuclear-armed Cruise missile — has also been called unnecessary and destabilizing by former Secretaries of Defense and other experts. Still, both systems are expected by the CBO to see development take off in the coming years.

Hatch actually said: “[L]et me tell you something: … the reason CHIP’s having trouble is because we don’t have money anymore.” As chairman of the Senate Finance Committee, Mr. Hatch just gave away 100 times the CHIP budget in a tax cut that aids high-income industrialists.

Navy submarines that fire long-range nuclear weapons are called Trident subs and the military wants to replace them all. The CBO report says that about $90 billion over 10 years should cover the cost of two new subs and plans for a third.

With Intercontinental Ballistic Missiles or ICBMs, the plan was to spend $43 billion over 10 years to make changes to the current missiles. But with plans for an all-new missile, former Sec. of Defense William Perry has said it will cost $100 billion.

An all-new long-range heavy jet bomber (sometimes alarmingly dubbed the “China bomber”) may cost $43 billion over 10 years. But then since “we don’t have money anymore,” the program may have to be renamed “Medicaid” or “Medicare” so that its budget can be trimmed. — John LaForge