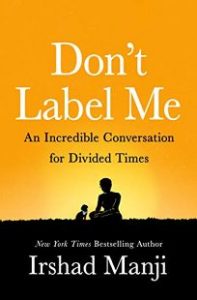 Don’t Label Me — An Incredible Conversation for Divided Times opens with an invitation to expand our moral imagination and concludes with an eleven step moral courage regimen. The pages in between read like a manifesto as radical, i.e. deeply rooted, as any I have come across in years. This is a book acutely for our times. Irshad Manji offers critical analysis, alongside a crash course in nonviolent engagement techniques. Theory and practice all in one. The content is at once a life-size mirror and flashing red lights for the progressive left.

I have subconsciously been waiting for this book since November 2016. One that addresses the gut punch I felt within 24 hours of Donald Trump’s election. No, not the election; it was the response of friends, peers, and even mentors that blind-sided me. The hostile reaction I had feared from the conservative right, was coming instead from my beloved community, from us not them.

Incredible Conversation, as the book is subtitled, is a discussion between two sentient beings, an aged, blind rescue dog, Lily, and Irshad Manji, a queer, Muslim, immigrant, woman of color. While it may seem a paradox to use labels, in the second paragraph of a book review of Don’t Label Me, Irshad Manji writes early on: “View labels as starting points, not finish lines. They eclipse truth. We have relevance beyond our labels.” These two engage in an animated, sometimes humorous, often provocative dialogue. They unpack, debate, and offer a way out of the vicious cycle of the “Us vs. Them” conundrum which defines contemporary US culture.

Conversation is a fertile mixture of stories, personal experiences, queries and challenges. The reader is walked through a labyrinth of hot button topics: racism, white privilege and black, honest and dishonest diversity, multiculturalism, critical theory and more. No stone is unturned, or thrown. The elephants in the living room of the progressive left are exposed by one of our own.

While her premises are timeless, there is timely relevance to the insights Manji offers. We are just over midway between elections. As a nation, we have not been so divided since the War Between the States. Why? One reason, Manji argues, is negative polarization. That’s when voters take sides not out of faith in a candidate, but out of fury with the other side. Even after their side wins, it is consumed with ensuring that the other camp keeps losing; such is their disdain for the “enemy.” 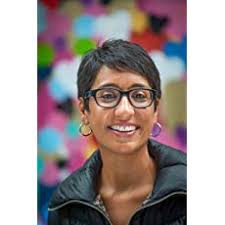 Manji explains: “Near as I can tell, much of today’s polarized politics stems from the shaming that the diversity movement’s been doing—not only to authentic racists, but to anyone who’s got an honest disagreement with us. I take it as a warning for worse to come. We have underestimated the power of humiliation. Dishonest diversity labels people as a substitute for understanding them. Honest diversity moves people beyond prefabricated labels. If diversity of opinions, ideas, and perspectives won’t be tolerated in movements that prize emancipation, then what kind of utopia are we emancipating into? If you won’t make peace with different points of view, what’s inclusive about your diversity?”

These lines hit me right between the eyes. I have been asking myself, Why are thinking people digging in their heels against what I consider their best interests? Manji posits that Mr. Trump is empowered by the chronic shaming of his supporters. So, can I, can we, disagree in a shame-free environment? She reminds us that listening does not translate into losing. If we want to see change, we need to risk unusual conversations with unfamiliar people—the Other.

Still, Manji is not focused solely on developing personal relationships. She writes: … honest diversity needs diverse forms of advocacy. Voting. Petitions. Walkouts. Sit-ins. Strikes. Satire. Formal deliberations. The last seven pages of Don’t Label Me offer an 11-step exercise which Manji calls a moral courage training regimen. Her prescription for change begins by inviting us to examine the systems within ourselves as we struggle to change the systems within which we live.

It is a gross understatement to say there is much to disagree about in this country. Manji views this disagreement as an invitation, something to be approached with courage and dignity, not shaming. Otherwise we perpetuate an ideological border wall and hunker down deeper into our gated realities. The long term consequences of this stand-off will reach far beyond an election in 2020.

—John Heid is a house painter who lives in Ajo, Arizona and volunteers with the groups No More Deaths and Humane Borders.