“The accident was a horrific comedy of errors. This was the flagship of the Energy Department, the most successful program it had. The ramifications of this are going to be huge,” said James Conca, senior scientist with UFA Ventures Inc. and Waste Isolation Pilot Plant (WIPP) expert, quoted in an August Los Angeles Times article. Conca is referring to the February 2014 truck fire, the radiation leak and worker contamination that has indefinitely closed WIPP, near Carlsbad, New Mexico, the nation’s only high-level radioactive waste storage facility. Since the Quarterly reported on these incidents in the Spring and Summer 2014 issues, new information on the operational negligence that led to the accidents has come to light, though some details of the leak itself remain a mystery.

After a truck caught fire in the underground salt mine where nuclear waste is stored at WIPP February 5th, the Department of Energy (DOE) Office of Environmental Management immediately launched an investigation into the cause of the accident. Their initial observations should have resulted in a prompt shutdown and full safety review of the facility, which could have prevented the barrel explosion and subsequent radiation leak of February 14. Instead, the site’s federal managers opted not to interrupt the stream of radioactive waste that flowed into WIPP from cleanup of Cold War-era bomb laboratories across the country.

The barrel that exploded and led to the above-ground radiation leak was eventually identified as having been packed at the Los Alamos National Laboratory (LANL). The accident put at least 150 workers in danger and resulted in the internal contamination of at least 22.

The novel and untested use of an organic kitty litter compound — that reacts with nuclear waste — in the packing of hundreds of barrels, is widely suspected to be the cause of the eruption. It turns out that the federal government had identified serious safety issues at LANL well before the WIPP incident. In the DOE’s Fiscal Year 2013 Annual Report on Nuclear Criticality Safety, released July 14, LANL received a “does not meet expectations” rating in overall performance of its criticality safety program. (“Criticality” is an uncontrolled explosion or “fissioning” of plutonium or uranium.) According to the report, LANL committed 38 criticality safety infractions in the calendar year 2013 and was the only National Nuclear Security Administration site to receive the negative rating of “inadequate but improving performance.”

Apparently, the ill-advised decision to change the packing compound in the barrels was made by EnergySolutions, a DOE contractor. However, the New Mexico Environmental Department has obtained emails that reveal that LANL — the government’s premier national radiological weapons laboratory — approved the use of the product even though its instructions clearly warned against use with metallic nitrates, which are found in nuclear waste. In August 2013, EnergySolutions’ industrial hygienist wrote an email asking for approval to use a new material in order to neutralize acids and bases in the drums. His email said that “criticality safety issues are not my area of expertise” and “it may be advisable to have LANL personnel weigh in on these issues as well.” According to research done by the Albuquerque Journal, a subcontractor’s technical representative for LANL environmental programs approved the kitty litter change in an email copied to eight other people.

The more information comes to light about the situation surrounding the WIPP accident, the more obvious it becomes that a disastrous accident like this February’s — or worse — was inevitable. As New Mexico’s Environmental Department Secretary Ryan Flynn said last May, “It doesn’t really matter who is to blame. … They all work for DOE.” And the DOE allowed a culture of gross negligence to corrupt quality control and increase radiation risks ever since WIPP began receiving radioactive waste in 1999.

In 2006, the DOE inexplicably requested a greatly reduced chemical testing regime for the waste entering WIPP. According to Don Hancock of the watchdog group Southwest Research and Information Center in Albuquerque, “In 2013, all of the real inspections of the containers at all the generating sites were stopped. So almost for the last year, there hasn’t been a requirement for shipments to WIPP to have more than paperwork for the containers.”

The deep underground WIPP storage site consists of several different storage rooms carved out of a large salt deposit, which make up larger units called panels. Workers were in the process of filling Panel 7 when the explosion occurred in one of the rooms. The logic of storing high-level radioactive waste at WIPP rests on the idea that the salt will eventually compress, encompass and seal the waste for at least 10,000 years. In the meantime, the first panels filled with waste — Panels 1, 2, and 5 — were sealed with a 12-foot concrete “explosion isolation wall.” Panels 3 and 4, closed more recently, were only sealed with a steel bulkhead without an explosion isolation wall. At the time of the barrel eruption, Panel 6 — next door to the explosion — had been filled with radioactive waste, but not sealed as the facility’s design dictates, leaving it vulnerable to the spread of contamination. 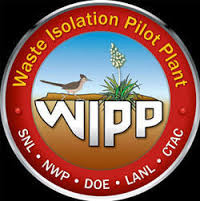 Part of the reason that the specific chemical compound inside the exploded barrel has not yet been confirmed six months after the incident is that the storage site’s managers have failed in documenting the details of which barrels were stored where. As they were struggling to identify contaminated barrels without being able to send anyone underground, investigators discovered that electronic records of what was in the drums had not been kept up-to-date with deliveries. Making matters worse, no security cameras had been installed that would have allowed operators to monitor the contaminated area.

Four percent of the waste at WIPP is so radioactive that it can only be remotely handled using robots. One former WIPP official, reporting on attempts to correct the inventory problems, said, “We would know if it had to be ‘remote handled’ but what was inside a canister was not updated in the computer database. We knew if a canister was dangerous, but not how dangerous. If a canister contained a large enough amount of certain elements, there could be the threat of fire or explosion. The DOE sites that sent in the waste got careless in documenting what was being shipped in… The contractors at the sites packing the waste were not exactly meticulous. When we complained to DOE, it was made clear we were just to keep taking the waste and to shut up,” according to Natural Resource News Service.

A preliminary DOE investigation found more than 30 oversight lapses at WIPP, and said “degradation of key safety management programs and safety culture resulted in the release of radioactive material from the underground to the environment.” Part of the “degradation” included 12 of 40 phones in the huge complex being out of service. Ironically, the DOE never required WIPP — a radioactive waste dump — to bring its ventilation system up to radiation control standards. When the radiation leak was detected, dampers were immediately supposed to close and begin filtering the cavern’s air, thereby preventing above ground releases. However, the dampers leaked and thousands of cubic feet of radioactively contaminated air escaped. Apparently, DOE employees on site at the time resorted to using spray foam to keep the radiation from leaking further.

On the night of the leak, the first high-radiation alarm sounded at 11:14 p.m. According to the DOE investigation, control room managers were unable to find the responsible on-call radiation control expert when the alarm sounded. Not until ten hours later, about 9:30 a.m., did managers order the approximately 150 workers on the surface of the site to move to a safe location. It took another three hours to set up an emergency operation center.

In late August, New Mexico state officials revealed that regulators had failed to collect air samples in the week following the radiation release — because of a vacancy in the office responsible for monitoring the site at the time. A US Environmental Protection Agency (EPA) review of air testing done at WIPP in February and March found a mix of discrepancies in recorded times and dates of sample collections, flawed calculation methods, conflicting data, and missing documents. In fact, the EPA found that WIPP told the public that air samples contained no detectable levels of radiation when measurable levels were present, effectively lying about the severity of the leak.

In a move that added insult to injury, only five days after the truck fire closed WIPP, and four days before the barrel explosion, the DOE presented the contractor that operates the facility — Nuclear Waste Partnership, run by three nuclear industry giants — a $1.9 million award for “excellent” performance during the past year. The award was given in addition to a $5.9 million “performance based” incentive awarded earlier in the year. The $7.8 million represents earnings above the amount DOE reimburses the NWP for the annual cost of operating WIPP, a reported $142 million last fiscal year and $158 million this year. A letter from the DOE’s Carlsbad Field Office cited the NWP’s “excellent” or “very good” performance in all four of the areas evaluated including safety and maintenance.

In June, Carlsbad DOE field office spokesman Tim Runyon said, “The Department is not considering revision or termination of the contract pending the results of the radiological release investigation.” Indeed, there seems not to have been even a slap on the wrist for the contractor, despite the investigation’s damning conclusions. The only penalty that resulted from the accident, according to a WIPP spokesperson, has been a $2 million, or 25 percent, reduction in the nearly $8.2 million fee available in fiscal year 2014. (Remember, this is above and beyond reimbursement for operating costs.) And, NWP can earn back 50 percent of that penalty with good performance. (You have to wonder, what bad performance look like?)

After WIPP’s radiation release, and in an attempt to meet an arbitrary removal deadline, LANL pushed its contractors to move the remaining waste containers packed with the reactive compound to a private low-level waste storage site in Texas. A few hundred of the barrels were sent to the neighboring state’s facility, run by Waste Control Specialists (WCS), before DOE investigators put a stop to the shipments. LANL has agreed to pay WCS $8 million for storing the volatile drums.

Chuck McDonald, a WCS representative, said in an interview that the Texas site had turned down earlier high-level waste shipments from LANL because its license is only for low-level waste. Prior to receiving the barrels that were rerouted from WIPP, WCS had received multiple warnings for accepting waste too hot for its permit. Now there is legislation pending in Texas that would allow WCS to accept highly radioactive waste. In late August, the Texas Commission on Environmental Quality approved changes to the WCS license that would more than triple the amount of waste the site can accept and reduce the amount of money the company would need to have on hand to address an accident like the one at WIPP (or worse) — leaving the remainder of the financial liability to taxpayers.

When the DOE designed WIPP as the “solution” to the problem of military radioactive waste, it estimated the risk of a radioactive release at one event every 200,000 years — not one every 15 years — according to former Assistant Energy Secretary Robert Alvarez. Official estimates of the cost of the accident have not been released, but experts and an Los Angeles Times analysis indicate it could approach $1 billion. In August, Energy Secretary Ernest J. Moniz reassured worried residents at a Carlsbad town hall meeting that he would ensure the future safety of the facility: “You stick with us, and we’re sticking with you,” Moniz said.

With no end in sight to the stream of radioactive waste from weapons production and used nuclear reactor fuel, we’re all stuck. But there is no excuse for the kind of negligence that put the public in danger in February.