The sun was low in the mid-February sky, its warmth tempered by a cool breeze which sent dust swirling across the unhurried late afternoon streets, just another Sunday in South Tucson.

Raul was biking to Southside Presbyterian Church to make preparations for an immigration reform workshop. One block from the church he noticed three Tucson Police Department squad cars and a man in handcuffs, not an unfamiliar sight in this Latino/Latina neighborhood. Off to the side was a car full of children peering out from the windows and a woman in tears.

Raul stopped, parked his bike and approached the woman. “How can I support you?” he asked. She described how the police had pulled over her family on suspicion of child abduction and subsequently charged her husband with a child car seat violation and driving with a suspended license. After the officers determined that he, Rene Meza Huerta, did not have a valid license they alerted US Border Patrol (BP) for an immigration status determination. The police were awaiting its arrival. 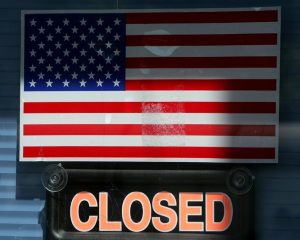 Raul, a seasoned organizer and a green card holder, began texting friends to come and record the unfolding of yet another family separation in South Tucson. He recalls hearing children crying out for their dad behind him as he began to document the scene, writing down squad car license plate numbers and officers’ badge identification. A police sergeant approached. Raul asked him why the Border Patrol had been notified. The officer replied that Arizona law SB1070 requires that “any person who is arrested shall have the person’s immigration status determined before the person is released” if there is “reasonable suspicion of an unlawful presence.” Recognizing the racist chain reaction in motion, Raul queried further as to the basis for reasonable suspicion. The tone of the conversation shifted abruptly. The sergeant became irate and ordered to Raul to move on or risk arrest. Moments later the police put up yellow crime scene tape.

Raul texted more friends, and in those critical initial moments he went to a deeper place within himself. “How can I just document and stand by? I’m tired and fed up just recording these family break-ups.” As a member of Corazón de Tucson, a grassroots migrant justice organization, he’s seen many. “This time, there’s no way I’m going to let this happen without putting my body in the way.” He locked his bike at a safe distance, gave his backpack to the children’s mother, texted media and waited to see if BP would show up. They did. As agents put Rene in the BP “dogcatcher” truck, Raul crawled underneath. Recounting the events for me, Raul sarcastically ridicules the common misconception that Rosa Parks “was tired so she just sat down” on a Montgomery city bus that day in December 1955. He tells me, “I was tired so I just laid down!” 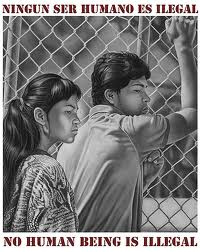 Neither the threats of felony charges, pepper spray, taser guns or even the pleas of friends who arrived on the scene saying “you can do more outside jail” could make him budge. “I need to make visible what happens daily in Tucson and around the country. Right now this is all invisible. If you release this father to his family I will come out,” he said to the police. “It’s your call.” He texted on. From underneath the engine of the truck he began sending photos as police moved in with pepper spray. “I never really feared for my life, but I knew it was going to be rough in more ways than one.” Raul knew that his actions could result in considerable physical discomfort and the loss of legal residence status.

The only moves he made of his own volition that afternoon were soul deep. After a heavy dousing of pepper spray Raul was forcibly extricated from beneath the vehicle, taken into BP custody and detained.

Nearly three months after that calm-turned-chaotic Sunday afternoon, Raul reflected with me from his office at the Southside Worker Center where he is employed as an advocate and organizer. While multiple federal charges against him are pending, Raul reminds me that Rene was deported two days after the incident despite activists’ concerted efforts to reunite the family. It happens every day all across the United States. One and a half million people have been deported in the last six years alone. “A system that criminalizes migration can never be authentically reformed,” Raul notes. “Humane immigration reform is not possible when you have 33,000 people held daily in over 250 detention facilities throughout the country.”

“So, why did you do it, Raul? Really?” I asked one last time. He responds, trying to close our interview, by saying, “We are all Rene.” I pushed him for more. “How so?” “Well, besides being a statement of solidarity, it’s a call-out for an end to injustice. All injustice. All dehumanization. We are reclaiming a humanity not currently recognized. Declaring ‘we are all Rene,’ although at varying levels, we condemn the political system that creates the conditions where the state tears apart families and communities.” He mentions the Mayan belief that, “You are my other me,” and adds the Zapatista mantra: “Detras de nosotros, estamos ustedes — Behind us, we are you.”

He is no Rosa Parks. No, he’s Raul Alcaraz Ochoa. And yet at the end of the day we are all Rene, all one, at varying levels, no exceptions.

Now, what will I do the next time I’m on the way to an organizing meeting and witness this injustice in front of me? What will you do?

— John Heid lives and works at the Casa Mariposa Community in Tucson, Arizona.