NATO’s and the US military’s desecration of corpses, attacks on wedding parties, mosques, hospitals and market places — along with the bombing of allied troops, torture of prisoners, and their notoriously unaccountable drone warfare — are a few of the alliance’s more infamous outrages in Afghanistan, Pakistan, Iraq, Syria, Libya, Yemen, and Somalia.

Twenty years’ worth of “unintended” or “collateral” damage hasn’t created friends in the war zones:

Allies have reacted angrily. Former Afghan President Hamid Karzai gave his “last” warning against NATO’s bombing of Afghan homes on May 31, 2011, saying, “If they continue their attacks on our houses … history shows what Afghans do with trespassers and with occupiers.” On March 20, 2012, Pakistani lawmakers demanded an end to all NATO/CIA drone strikes against their territory. The drone attacks continue, and newspapers repeatedly remind readers of the self-defeating hopelessness of using atrocities to fight a tactic or to enforce US military occupation.

(These articles were researched from print newspapers. Titles are often changed in the online version.)

“Civilian deaths from US-led strikes on ISIS surge under Trump administration” (“Airwars, a UK-based watchdog group, estimates the civilian death toll from coalition airstrikes at over 3,800.”), The Guardian, June 6, 2017

“US marine pleads guilty to urinating on corpse of Taliban fighter in Afghanistan,” The Guardian, Jan. 16, 2013

“Video [of Marines urinating on dead fighters] Inflames a Delicate Moment for US in Afghanistan,” New York Times, Jan. 12, 2012

To end the recruitment of terrorized enemies, a lesson from Dr. King needs to be learned: “The great initiative in this war is ours. The initiative to stop it must be ours.” 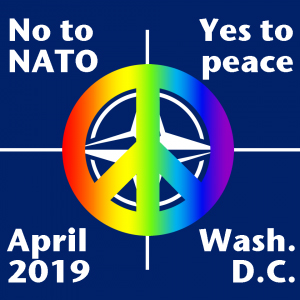