Nukewatch’s John LaForge is currently serving 50 days in a German prison for his part in actions aimed at removing US nuclear weapons from Germany. He is occasionally able to make phone calls out of prison to numbers in Germany. When we get news of him, we will keep you updated here.

Prison address: NOTE, it has been updated to the correct address as of Jan. 31!

John LaForge
JVA Glasmoor
Am Glasmoor 99
22851 Norderstedt
Germany
(it takes one-two weeks for mail to arrive from the U.S.)

At the Nukewatch office we received a poem for John from Sharon Cody a Nukewatch supporter.

I hope you like this little spoof-
A tribute to my favorite goof:
Enjoy your 50-day vacation
But keep alive your dedication
To the cause we both desire-
That Earth avoids a full-on fire
Caused by dropping bombs galore,
Thus ending life forevermore.

Hooray! John LaForge was given an unexpected 10-hour furlough today from the JVA Glasmoor Prison and was able to participate in the Nuclear Ban Treaty festivities at the Hamburg City Hall.

Out of Jail for a Day Celebrating the 2nd Anniversary of the Nuclear Ban Treaty! 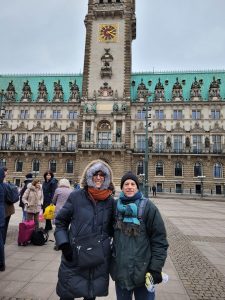 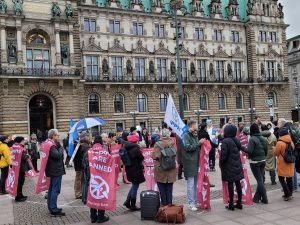 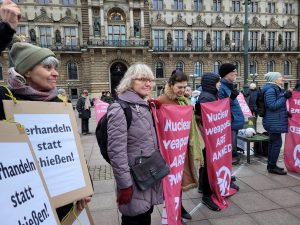 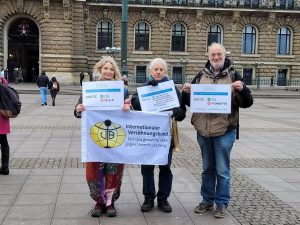 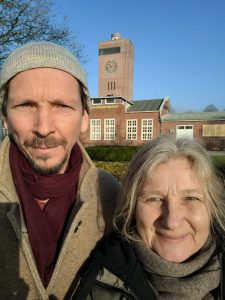 John welcomed his first visitors in prison today, his wife Marion Küpker (also spokewoman for the campaign “Büchel is everywhere! Nuclear-weapons free now!”) and brother-in-law Gerrit Küpker, where they found him in good condition. He will sit in the prison a little over one month longer. He is happily receiving about 15 letters each day and looks forward to receiving more mail. 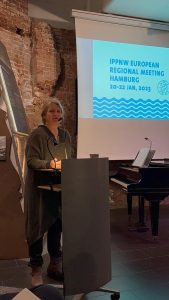 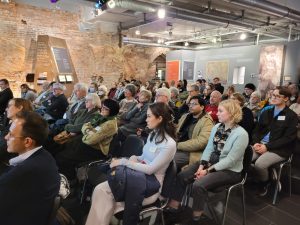 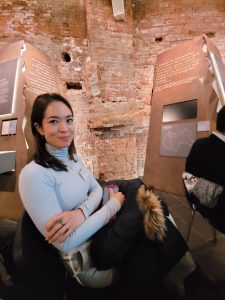 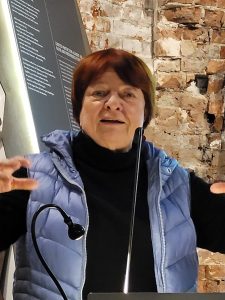 A voice recording of John was played at the European Regional Meeting of the International Physicians for the Prevention of Nuclear War (watch for a future upload of the video). In the recording he praised the passing of the Treaty on the Prohibition of Nuclear Weapons(TPNW) and condemned the international law breaking by the United States and Germany in their nuclear-sharing agreement that violates the Nuclear Non-Proliferation Treaty, the Nuremburg Principles, and the TPNW.

John already received very early mailings from Canada and the US. He is in good condition and shares a cell with two men at the new prison where he has a shower room that is always available. They also have their own refrigerator and can make their own tea and coffee throughout the day. His nickname in prison is “Greenpeace.”

Today John was moved to a halfway prison “Glasmoor.” His new address is: John LaForge, JVA Glasmoor, Am Glasmoor 99, 22852 Norderstedt, Germany. He will also receive the mail going to the former prison, but this always takes extra time.

He was able to make a phone call out today. In this new prison he finally received all his books and vitamin and mineral supplements that he took in with his personal luggage.

A vigil with 24 people accompanied John to prison today. He was also allowed to call out of the prison a few hours after entering to say he was fine and that he will be sent in a halfway prison next week, which is in northern Hamburg and much nicer: big garden and free movement in the garden until midnight…